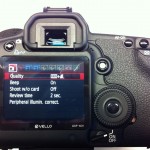 Digital photogrammetry is a well-established technique for acquiring dense 3D geometric information for real-world objects from stereoscopic image overlap and has been shown to have extensive applications in a variety of fields.

Aerial photogrammetry refers to the collection and processing of imagery captured from an aerial or orbital vehicle. Close-Range photogrammetry (CRP) refers to the collection of photography from the ground or some lesser distance than traditional aerial photogrammetry and is becoming increasing popular and accessible due to new, easy to use software and digital cameras. Non-metric, off-the-shelf digital cameras can be used along with relatively inexpensive, or in some cases free, open-source software, to extract and process highly accurate and detailed 3D models of real-world objects. 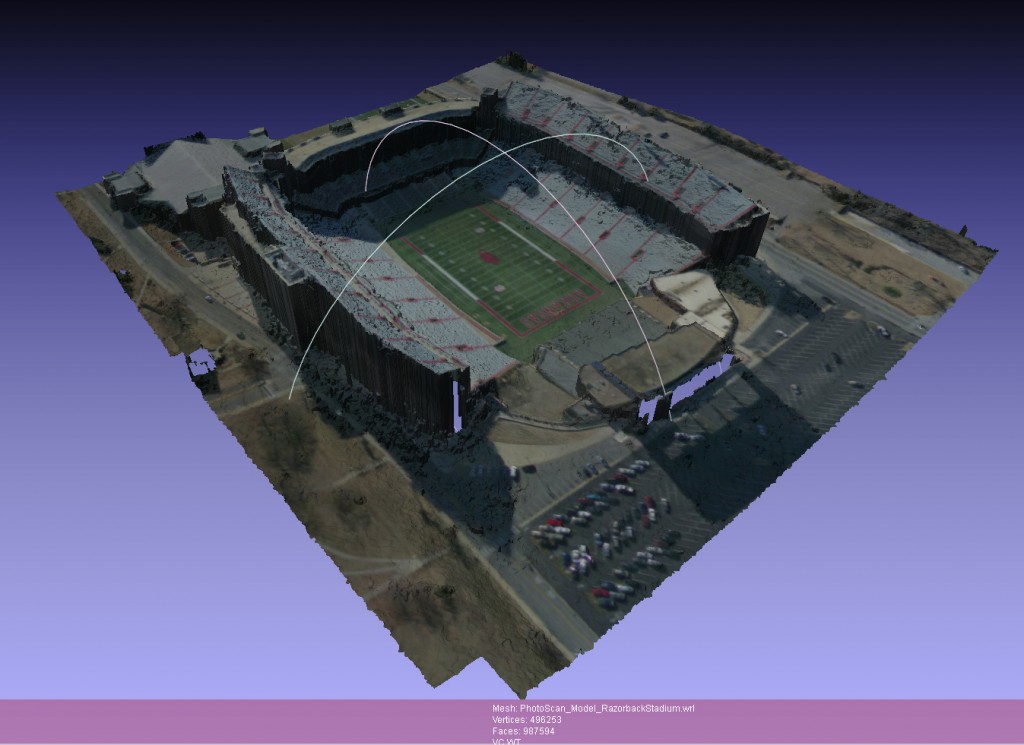 The Center relies heavily on digital photogrammetry (learn how here) as a means of collecting 3D data sets and has a number of high resolution digital SLR cameras for collecting close-range data sets. For a description of these cameras and other photogrammetry equipment at CAST, see the Hardware page. The Center also has a number of software packages used for both aerial and close-range photogrammetry. Information about these programs can be found on the Software page.

Learn more starting with the Four Basic Steps of a Close-Range Photogrammetry Project and visit the data page for example photogrammetric data sets created by CAST.

Also see this list of helpful websites and publications for digital photogrammetry and photography.

Click on the image below to activate the interactive guide. Links to specific examples and articles will become clickable upon zooming. 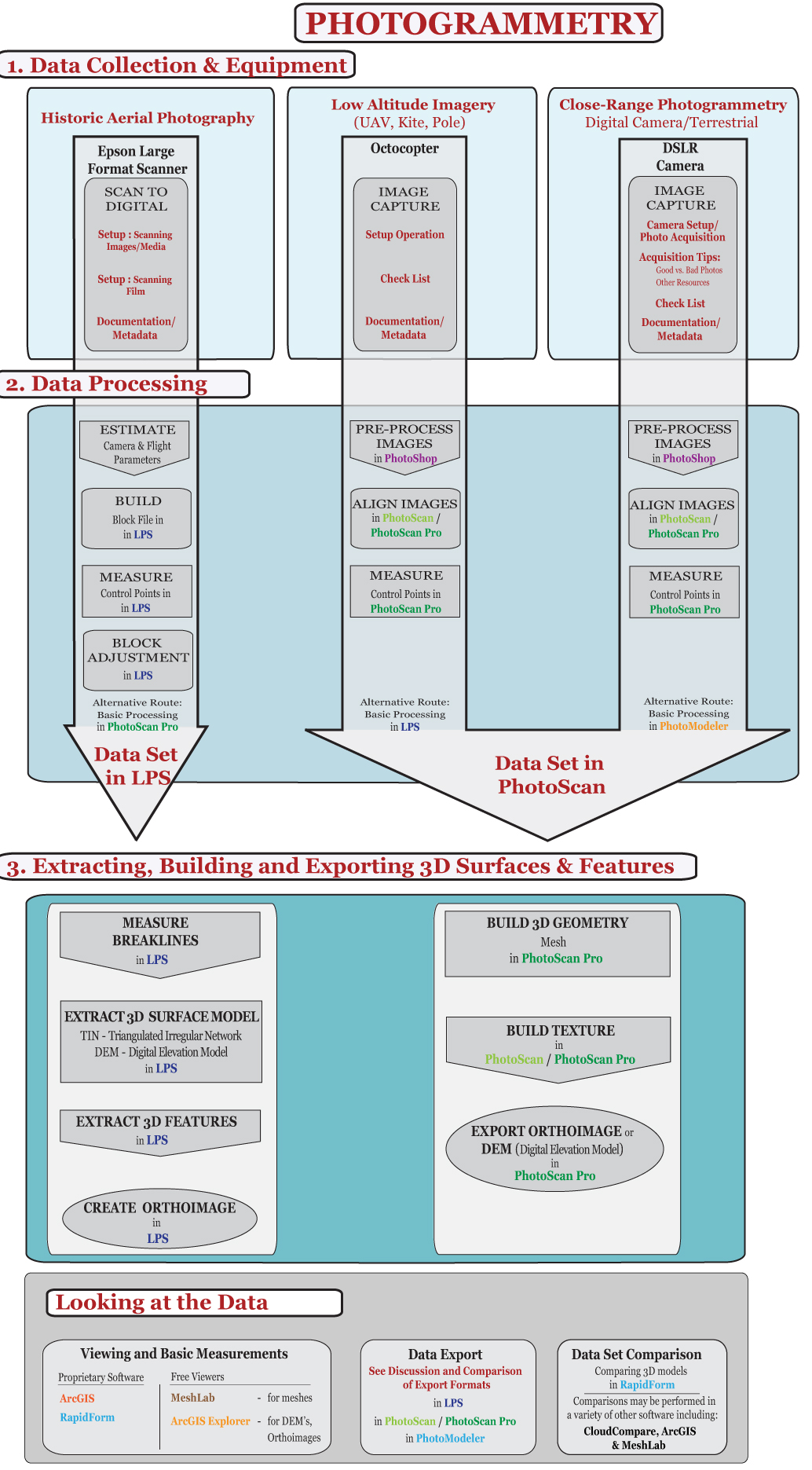