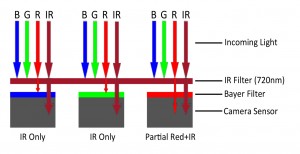 The Nikon D200 (originally introduced in 2005) is a digital SLR camera with 10.2 million pixels over a DX format sensor (23.6 x 15.8mm). This particular camera has been modified so that visible light is blocked and infrared light is transmitted. This was done by removing the OEM internal “hot mirror filter” and replacing it with a filter designed to block all wavelengths  <720 nanometers. This filter is the equivalent to the Hoya R72 or Kodak Wratten 89b glass lens filters. A custom focus calibration was also done to adjust the auto focus for IR light. This calibration was done specifically for the AF Nikkor 28 mm fixed focus lens.

The IR filter installed is considered to be a 720 nm filter because at 50% transmission, any wavelength below 720 nm is blocked. However, some red light (wavelengths between ~680 and 750nm) is partially transmitted by the IR filter and captured by pixels with a red Bayer filter (25% of the sensor). This means the typical R, G, B channels deliver digital counts equal respectively to Partial Red+IR, IR Only, IR Only. 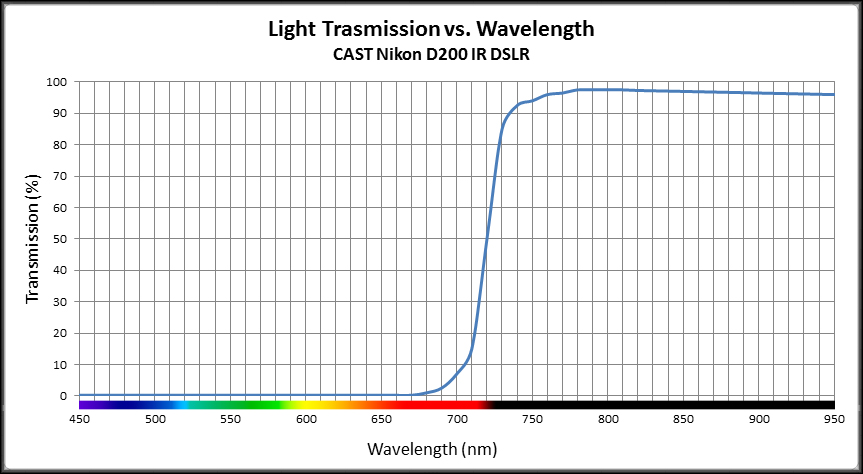