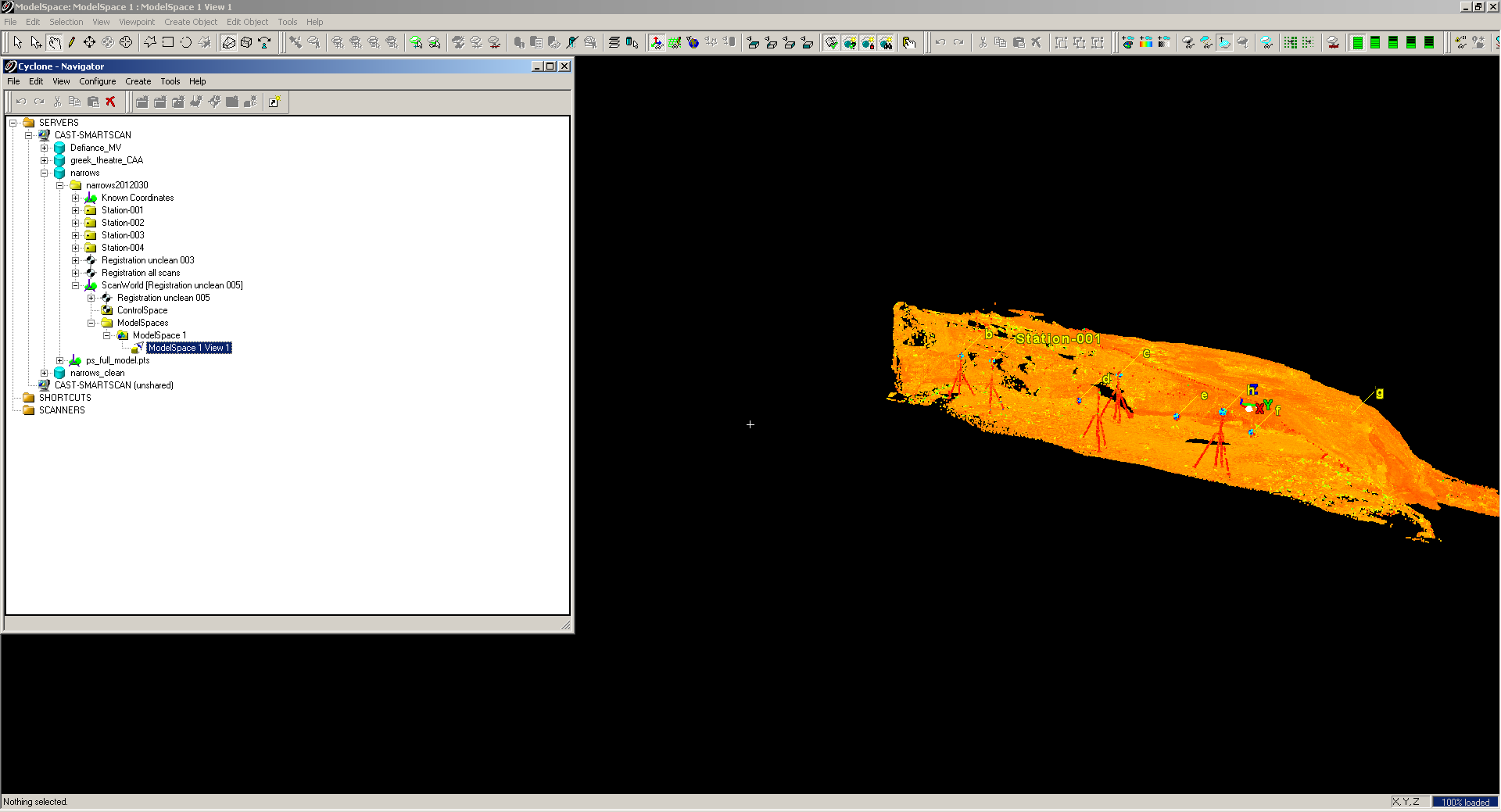 Leica Cyclone is software for processing and building models from point cloud data. It is primarily oriented toward basic cleaning and integration of terrestrial mid- and -long range laser scanning data.  Its current automated feature extraction abilities are focused on standardized pieces and industrialized parts, such as mechanical and engineering components.  Common tasks performed in Cyclone include aligning individual scans, merging point clouds, applying color data to scan data, and creating primitive models. CAST also combines manual and automated feature extraction methods to use Cyclone to model organic features (such as archeological ruins) and less straight forward modern objects (such as complex windows in modern buildings).  Leica Cyclone is often used in conjunction with modeling or CAD software such as Rapidform or AutoCAD. 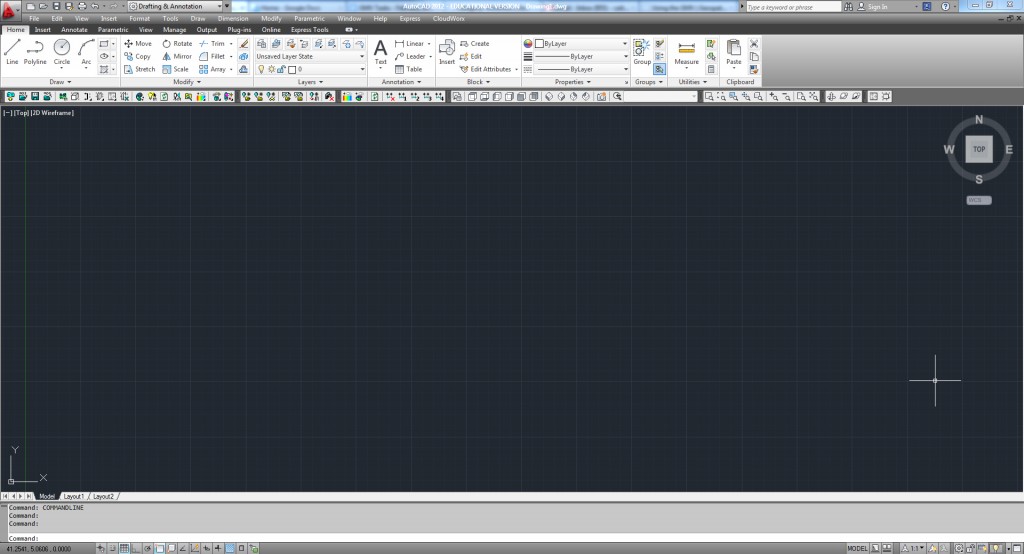 The Leica CloudWorx plug-in is available for a variety of CAD software, including AutoCAD, Revit, 3D Studio Max, and Maya.  Currently, CAST’s use of CloudWorx has been with the AutoCAD application.  The plug-in allows users in the CAD environment to directly reference the point cloud data without bogging down the CAD software with the large point cloud data set.  This gives users the drawing/modeling tools of the CAD software with the precision and detail of the point cloud data.  The Center has used CloudWorx in its work with campus scanning projects such as the FAMA Plant Buildings and with historical preservation work, such as the Landscape Preservation class’ HALS documentation of the WWII Japanese Relocation Center in Rohwer, Arkansas. 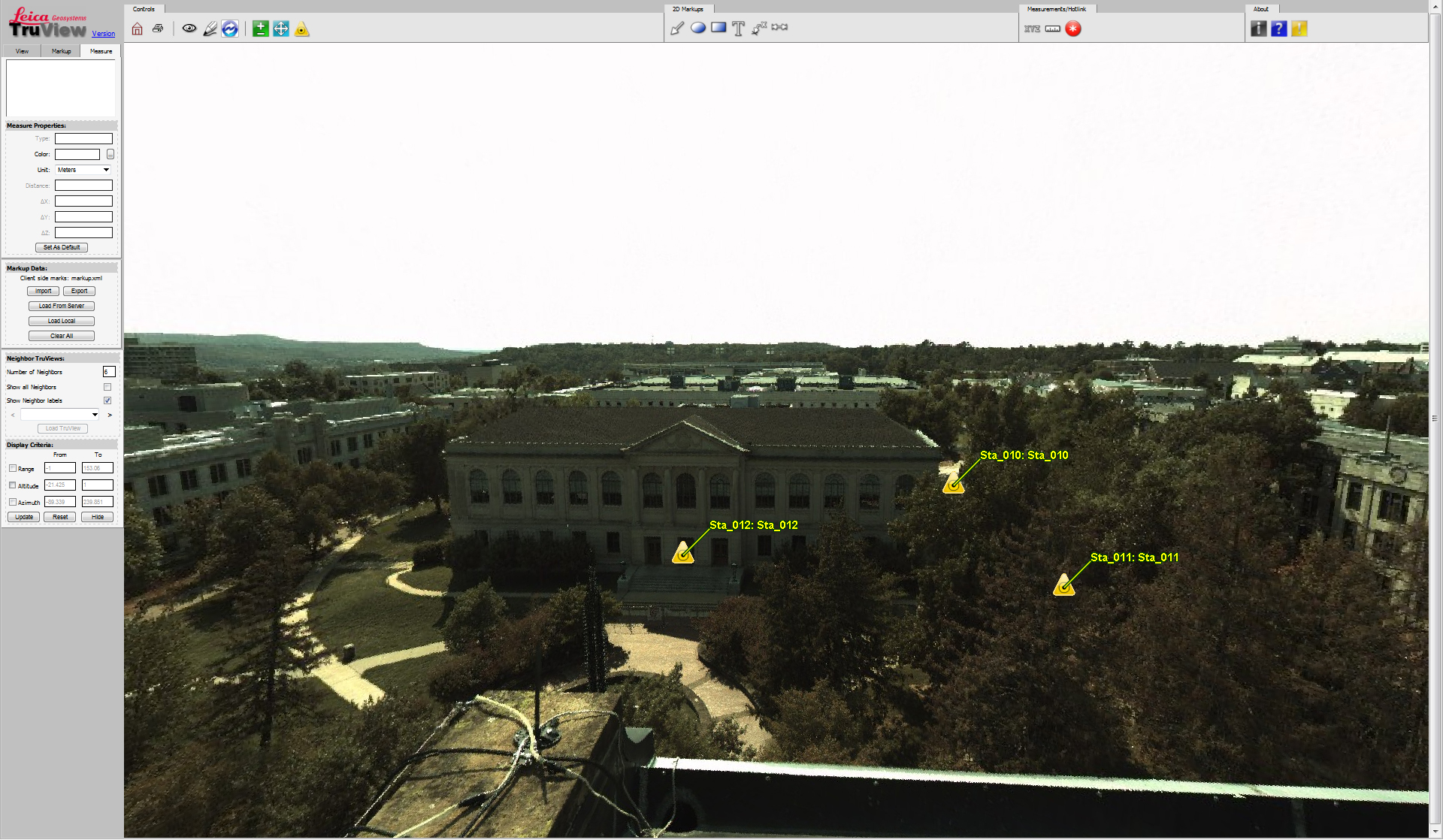 Leica Truview is a free web-based viewer for Cyclone Data.  This viewer shows point cloud data overlaid with photographic data from the position of the scanner.  TruView allows users to take measurements and make markups in the form of lines, notations, and the identification of specific locations, which can then be shared with others using the viewer.  The Center uses TruView for many of its project and it is often one of the quickest and most useable formats for sharing the information with other interested parties.